As I write this I’m lying in bed in the middle of the day with the blinds down, listening to the soundtrack on youtube. The music in this film blows my mind. Lionel Bart’s songs that were originally penned for the stage show will forever be iconic. To choose a single favourite would be impossible, however, ‘Who Will Buy’, ‘I’d Do Anything’, ‘Consider Yourself’ and ‘Be Back Soon’ are particular stand outs for me. The actors of the 1968 musical executed these songs beautifully. I could never watch another adaptation after growing up with this film, and if Ron Moody, Jack Wild and Shani Wallis’ amazing, unique voices isn’t (somehow) enough to convince you, there’s the hilarious sound of Oliver himself singing the odd line and the whole audio sounding different. Mark Lester (Oliver) couldn’t sing, so the musical director John Green brought his daughter in to sing Oliver’s parts. Essentially, Oliver’s singing is dubbed and it sounds hysterical! 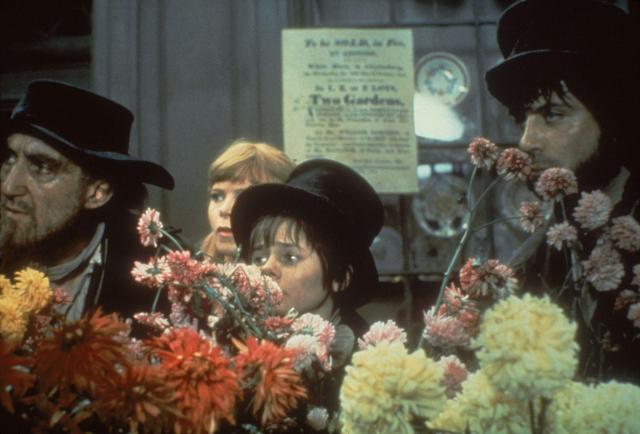 This film was nominated for an astonishing eleven Oscars (including a well deserved nomination for Jack Wild’s performance as the Artful Dodger) and won six. It was massive and shot its stars to immediate super stardom. The effect this had on some of the actors was detrimental. Oliver Reed, a renowned alcoholic, died in 1999 at the age of only 61. Jack Wild, only 16 years old at the time of filming, recalled the unhealthy chain smoking and excessive drinking that occurred on the set amongst the young boys:

“Once I managed to come off the booze for nine months, but then I had lunch with Lionel Bart (who wrote the musical Oliver!) to discuss a work project and he came out with the famous line: ‘Go on mate, just have one glass of wine. It won’t do you any harm.’ I refused three times, but eventually succumbed. My resolve was gone and I was back on the booze. I needed it constantly to stop me shaking. I thought I needed it to live.”

Jack Wild’s infamous alcoholism and toxic lifestyle continued for the majority of his life, before he succumbed to oral cancer in 2006 at the age of only 53.

Ron Moody, who played Fagin, also delivered an outstanding performance of a lifetime. He nailed the creepy, dark yet ultimately good hearted character and his on screen chemistry with Jack Wild is one of the strongest elements of the film. You’d hardly believe that Ron Moody was only 44 in this film, hair and makeup spent ages making him look old and haggard for the role. Moody lived until the ripe old age of 91, out living the majority of the cast.

One of the other actors from Oliver! went down a … slightly less conventional path of self destruction. Yes, you guessed it, I’m referring to Mark Lester again. He never became an alcoholic or a drug addict, instead he became best mates with Michael Jackson who repeatedly asked him to donate his sperm and father Jackson’s children. Lester now claims that he is Paris Jackson’s father and appeared on the Jeremy Kyle show in 2013 to discuss the situation. I told you it wasn’t what you’d expect. Anyway, enough of discussing Mark Lester’s cheap existence post Oliver! (not to mention his abominable performance in the title role).

Shani Wallis took on the iconic role of Nancy performing ‘Oom Pah Pah’, ‘It’s a Fine Life’ and ‘As Long As He Needs Me’. Her feisty and lovable performance serves as the perfect compliment to Oliver Reed’s electrifying portrayal of Bill Sykes. The famous depiction of an abusive relationship reaches it’s crescendo in the scene by the steps when Nancy is trying to remove Oliver from the toxic situation amongst Fagin, Dodger and the other boys and deliver him to Mr Brownlow. Sykes shows up with his dog Bullseye and beats Nancy to death with a cane. It’s harrowing and the relationship between Nancy and Bill Sykes is one of the many dark elements of Oliver! that juxtapose beautifully with many of the famous jovial sounding songs. 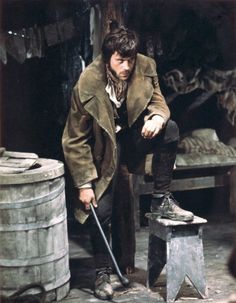 Ultimately, credit for creating such vibrant, incredibly characters must ultimately go to Charles Dickens, however, having seen a number of adaptations of his story I firmly believe that the cast and crew of this film created something uniquely and indescribably special during the years of the production of Oliver!. I have never seen a musical on such a massive, impressive scale and I don’t believe that any musical will ever top this masterpiece.

We’ll be back soon